The positive characteristics of the plate falling film evaporator result from the design of the plates. A film flows down the heating plate surface. Due to the large distances between the plates and the cylindrical shell, the resulting vapor has plenty of space to spread out. Due to the low speeds, droplets are not to be expected.

The plate falling film evaporator is also characterized by its excellent cleaning properties. Large spaces allow for mechanical cleaning of the plates. Furthermore, this apparatus is suitable for hard incrustations. Due to the large temperature differences between the operating and the cleaning temperature, such incrustations will peel off. 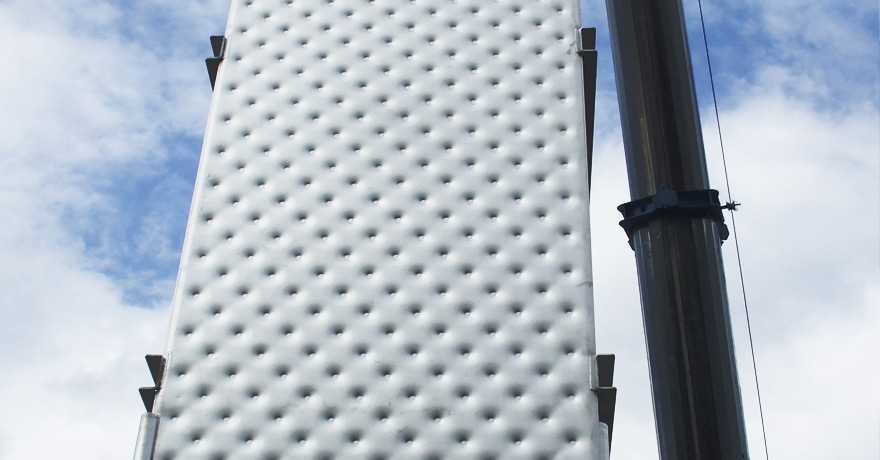 Low pressure drop on the process side is another important advantage of the GIG Karasek Plate Falling Film System, especially for vacuum applications.