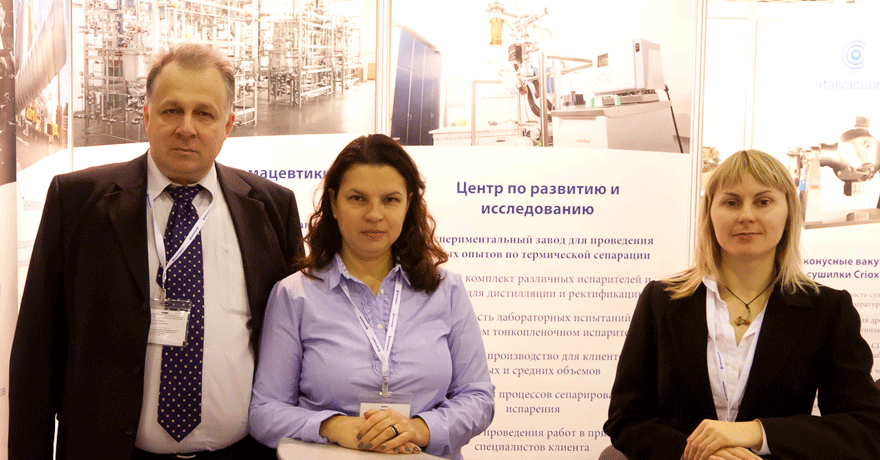 By GIG Karasek There are no tags

Equipment for the chemical industry

GIG Karasek was present with a booth at Khimia in Moscow where the russian sales director Jens Hoffmann and his team were demonstrating, among others, the merits of thermal separation equipment such as thin film evaporators, short path evaporators, thin film dryers and more. Reason enough for hundreds of interesting talks with existing and prospective customers from the chemical industry.

Thin film evaporators solve difficult tasks such as distillation, concentration, degassing, drying etc. The rotor mixes the feed and distributes it as a film over the heating wall. The heat exchange allows the more volatile components to evaporate immediately. Thin film evaporators show many benefits, as compared to other evaporator types.

Due to high turbulence in the liquid layer they can process viscous, fouling and contaminated liquids continuously and dependably. Temperature sensitive products are handled gently due to short residence time. Furthermore, thin film evaporators are easy to control and easy to adapt to changing operating conditions.

GIG Karasek LLC will be exhibiting at the following upcoming trade shows. We hope to see you there!