The main feature of the tube falling film evaporator is that the evaporation takes place inside the tubes. The product is fed by an optimal distributor system. A thin film flows down on the heating surface. The thin (and generally turbulent) film provides for efficient heat transfer, thus the evaporation takes place at the surface of the liquor film. The mixture of vapor and liquid is separated in the stripper. For large evaporation rates the liquid is recirculated, and therfore it is suitable for high liquid loads. 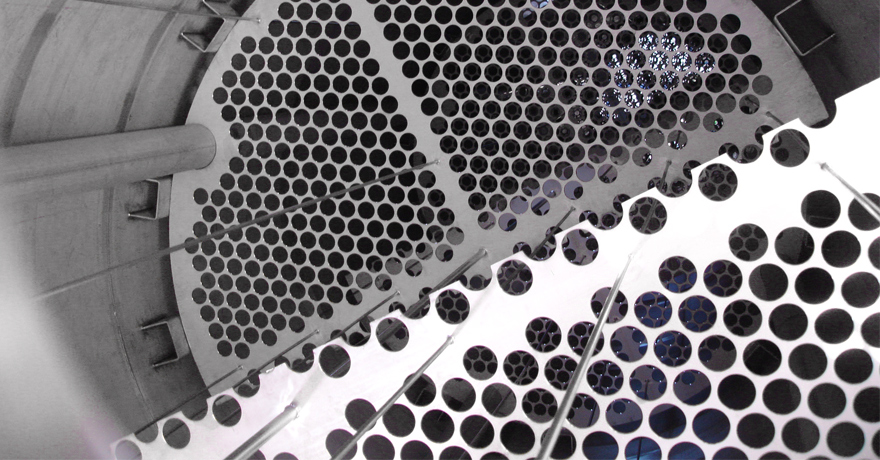